Because we now know that antibiotics often cause more harm than good, researchers have begun investigating the effectiveness of probiotics and other natural supplements in treating and preventing various illnesses. This new field of research is more important now than ever due to the rampant overuse of antibiotics, which has led to the development of superbugs – a type of illness that is “resistant to all but the most powerful drugs, whose side effects are often dangerous.”

Luckily for us, we aren’t restricted to what Big Pharma would like us to think we are! Sure, antibiotics have their purposes and uses, but it turns out that there are various other substances in nature with similar antifungal, antibacterial, and antiviral effects. Keep in mind the difference between (link to internal article) an antibacterial or antibiotic and a probiotic: probiotics increase and build upon the good gut bacterial, while antibacterial agents decrease the number of bacteria present. One of the biggest issues with antibiotics is that they indiscriminately decimate both bad and good bacteria, throwing of the delicate balance of your gut’s microbiome.

There are a number of natural antibiotics at your disposal, and most are easily accessible, some are likely already residing in your refrigerator or pantry. For everyday nuisance illnesses, like colds, flues, sinus infections, and skin infections, you can try out natural remedies before dragging yourself to the doctor for an antibiotic prescription that might cause your gut long-term damage. According to a study cited by over 85 articles, taking even a short course of antibiotics can cause resistant bacterial populations to reside in the gut for up to four years or more. 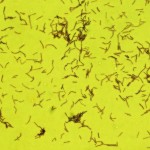