SIBO can be a debilitating condition that is knowledgeable by very few gastroenterologists. Most people are diagnosed as having IBS and are on medicine for years with little positive result. SIBO stands for Small Intestinal Bacterial Overgrowth Syndrome. Your small intestine is supposed to have a lower microbial count compared to other parts of your body. For example, your large intestine contains trillions of bacteria; your small intestine contains a lot less. 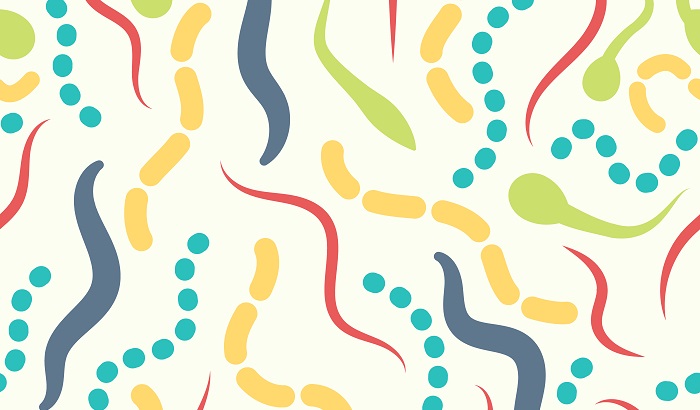 For some people with SIBO, these symptoms can become so bad that they control their life. Thankfully, there are supplements that can be taken to help combat SIBO.

There are many different causes of SIBO, which include:

The three most important things that you can do to prevent SIBO is to make sure you do not have low stomach acid, do not “graze” throughout the day or eat before bed, and maintain proper gastric motility (do not become constipated.)

Having proper levels of stomach acid acts as a protective barrier to the small intestine and keeps bacteria that you constantly ingest (through eating, drinking, and swallowing) from entering the small intestine in large quantities. Every time we eat food, we are ingesting bacteria that come in contact with our food through air exposure, the utensils we use, and from our hands. Nothing we consume is sterile even after cooking. Proper food preparation is all about limiting the amount of bacteria and toxins that they produce when preparing and consuming our food, so we do not get ill. Increasing stomach acid by taking betaine HCL with pepsin or drinking diluted vinegar in water during protein and fat heavy meals can help protect yourself from SIBO if you have low stomach acid.

Your small intestine sweeps most bacteria back into the colon from ingestion through peristalsis waves (timely muscle contractions.) It takes about two – three hours for the body to complete this cycle of digestion. The body delays this cycle every time you eat. Contrary to popular belief, most of your intestinal peristalsis occurs while we sleep; this is why you should not eat before bed. Therefore, it is best for your digestive health to eat three meals daily and try not to snack in-between to help your food digest properly and limit bacterial overgrowth.

How to Diagnose SIBO

The hydrogen /methane breath test is used to diagnose if you are suffering from SIBO.

The hydrogen / methane breath test is a non-invasive fasting test in which your doctor has you breathe into a machine that monitors excess hydrogen or methane. Microorganisms in your intestines release these gasses when they break down and ferment your food. During the test, you are given glucose, dextrose, or lactulose, during the test to consume, and the test input is collected at twenty-minute intervals for at least 3 hours. If test positive for at least twenty ppm of hydrogen or methane during the test, you have SIBO.

Lactulose is a synthetic sugar that is the better test marker to use because it is not absorbed directly by the intestinal tract. Bacteria have to break it down in the small intestine for it to be absorbed properly. The gastrointestinal tissue without the need of being broken down can absorb glucose. The use of glucose as a test marker can give a false negative reading because at least seventeen feet of the small intestine will not be tested. The false negative reading occurs because of the use of glucose because it is quickly absorbed by the gastrointestinal system.

There are some issues with the use of lactulose, not all bacteria that would cause an overgrowth ferment lactulose, which may cause a false negative test result. You should be tested using both lactulose and glucose to get the most comprehensive breath test possible.

Again, not every overgrowth of bacteria in the gut will contain bacteria that produce hydrogen or methane, so these tests could be inaccurate in determining SIBO. There is also no unified medical guidelines of SIBO breath test results, therefore, a doctor might perceive it to be normal, and it is not. I recommend using the guidelines of hydrogen breath interpretation by Dr. Allison Seibecker.

Why Most SIBO Protocols and Taking Only Antibiotics Do Not Work

Most protocols do not address biofilm, yeast overgrowth, or motility that is why they fail. In addition, taking probiotics when motility is not addressed can cause the bacteria to settle in the small intestine and make your SIBO worse.

Bacteria produce protective biofilms, which make eradication with only antibiotics very difficult. One of the most common examples of a biofilm is the white film on your teeth that appears when you go for a long time without brushing your teeth. The biofilm protects the opportunistic bacteria from antibiotic treatment, bactericides, and probiotics. To reduce the bacteria overgrowth, you also have to disrupt the biofilm. Biofilm disruption can occur by either breaking down the biofilm itself using systemic enzymes or by chelating the iron out of the biofilm.

Most protocols do not address motility issues when tackling SIBO. You have to increase intestinal peristalsis to keep bacteria populations low in the small intestine. Most people with SIBO are also suffering from yeast overgrowth. When you only take antibiotics, you are not tackling the underlying yeast issue as well. All of these issues are why most people suffering from SIBO relapse after taking antibiotics because the underlining issues of SIBO were not addressed.

Reducing bacterial flora using supplements or antibiotics can cause an overgrowth of yeast including Candida albicans. It is important when following any SIBO protocol that you take supplements to help keep yeast overgrowth from occurring. Supplements like oil of oregano and systemic enzymes can help reduce the chances of you developing yeast overgrowth.

Oil of Oregano – http://www.amazon.com/Gaia-Herbs-Oregano-Liquid-Phyto-Capsules/dp/B00F1J8HOQ/ – one capsule twice daily with food.

Take the supplements for as long as needed to reduce the bacterial overgrowth. Generally, you may try to transition off the supplements once your symptoms have been greatly reduced as long as you are not suffering from chronic diarrhea or constipation. You can go on a low FODMAP diet or the SCD diet during the protocol to help reduce your symptoms and increase your chances of remission.[17] [18]