Home » FAQs » What’s the difference between Probiotics and Antibiotics?

What’s the difference between Probiotics and Antibiotics?

Another downfall of using antibiotics to treat illness is that consumers of antibiotics quickly and easily form tolerance and resistance to them. This means that the medicines that are supposed to make us better stop working or are significantly less effective at fighting off infections. Overconsumption of any antibiotic will lead to the infectious bacteria in your body building a resistance to it. This is extremely problematic as western medicine is based on the assumption that there will always be artificial pharmaceuticals to cure us of life-threatening, chronic diseases. Once a resistance is built in a large population of people, a superbug may be unleashed. [“Superbugs are strains of bacteria that are resistant to several types of antibiotics]. Diseases that are easily treated, such as bronchitis become fatal due to ineffective treatments. Without anything to get in the way of these bugs, they are able to spread. Even worse: Humans aren’t the only ones who develop resistance to antibiotics – livestock do as well. With the mass production and consumption of livestock on the rise, humans have been consuming antibiotics from food sources on top of any prescriptions they may be taking. In order to mass produce “healthy” livestock, many farmers have resorted to force feeding their cattle immense amounts of antibiotics. This has resulted in antibiotic resistant animals and humans. Unlike probiotics, antibiotics do not prevent future infections. Instead, antibiotics become less effective at fighting off a given infection each time they are used.

With the rise of morbid obesity and chronic illness in American adults simultaneously occurring with increased consumption of antibiotics, it would not hurt to do a bit of research on alternative medicines to understand all the options out there. Pharmaceutical companies comprise one of the largest financial sectors of the western economy. In contrast to the US, Japanese women have one of the longest life spans. It’s interesting to compare the overwhelming antibiotic use in Americans with the alternative medicinal choices of the Japanese – a country that accounts for more than half of global probiotic use. The United States feeds livestock about 80% of all antibiotics distributed within the states.

Because antibiotics work by killing bacteria, there may be collateral damage in that the antibodies aren’t only killing infectious bacteria, but are also killing good bacteria – probiotics. Antibodies are unable to discriminate between probiotics and bad bacteria, making it very easy for antibiotics to deplete probiotic levels. When antibiotics kill off good bacteria instead of the bad bacteria, an imbalance in your gut flora may result, causing diarrhea, which is referred to as antibiotic-associated diarrhea (AAD). Your likelihood of developing AAD as a complication of consuming antibiotics depends largely upon the type of antibiotic being consumed. Generally, the incidence rate of AAD is believed to be as high as 25% for specific types of antibiotics. Luckily, studies have linked consuming probiotic supplements with improved digestive tract functioning and decreased symptoms of diarrhea while taking an antibiotic regiment. 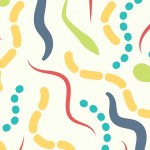