Home » FAQs » Are Probiotics Safe? A Thorough Look at Symptoms and Side-Effects

Are Probiotics Safe? A Thorough Look at Symptoms and Side-Effects

Is a friendly bacteria a safe one? While probiotics have shown a capacity to improve and restore digestive health, there are certain concerns regarding the effects of their processing.

Since products containing probiotics are considered safe to consume, the concern doesn’t necessarily arise from the consumption of the probiotics themselves.

Rather, safety concerns related to probiotics are actually an issue of information trust. Since probiotics, whether they are in the form of a yoghurt or a dietary supplement, are regulated and manufactured as foods, they do not undergo the rigorous regulation of a drug. This means that information printed on probiotic labels can be misleading and inconsistent. Without the legal requirement to provide potency, purity, and safety evidence, probiotics are very much a guessing game.

Probiotics are all-around amicable. Ingested orally, they have shown to be well-tolerated and very safe. If side-effects were to occur, they are mostly of the digestive kind (flatulence, bloating, etc.) and caused by the shock of introduction rather than toxicity.

While not necessarily a side-effect, symptoms of increased thirst and/or constipation have been related to the use of probiotics.

As for theoretical concerns, there are three main potential side-effects:

Let’s look at these concerns individually:

People who are taking probiotics to improve their digestive system are usually walking around with several years worth of unbalanced gut bacteria that will very likely mutiny the friendly bacterial newcomers.

This slight initial discomfort is known as the “transition period” and it is a very good thing. Sure, gas and bloating never feel good, but when it comes to probiotics, it usually means that things are happening. Also, the symptoms are temporary.

Probiotics work just like antibiotics in the sense that a full range of supplementation must occur before any benefits can happen. Some people interpret worsening of digestive symptoms as evidence that their probiotic treatment isn’t working, so they stop before allowing the supplement to effect positive results.

Instead of simply introducing live bacteria for multiplication, some probiotic supplements promote growth by increasing the acidity of your colon. This works because lifestyle factors such as antibiotics, drugs, chlorine (in treated water), etc., create an alkaline environment within the colon which in turn, discourages the growth of good bacteria.

Do not quit during the transition period as any uncomfortable symptoms will vanish once your gut bacteria stabilizes.

A high quality probiotic product will be designed with two main functions: its capacity to multiply and its ability to adhere to the intestinal lining. This, in turn, leads to concerns related to translocation outside the gastrointestinal tract and bacteremia leading to infection, namely endocarditis.

Bacteremia occurs when viable bacteria (meaning that they have the capacity to act) are present in the bloodstream. Blood is a sterile environment and the presence of bacteria can lead to severe infections and in more serious cases, a fatal immune response. Endocarditis is basically the inflammation of your heart walls and it is listed as a probiotic-related concern because of a few isolated cases.

The cases mentioned above have only occurred in severely diseased individuals with a compromised immune system; in cases where bacteremia and endocarditis occurred, the use of a catheter and intestinal tube was involved. Therefore, transmigration was likely a result of contamination, not increased bacterial mobility.

As a matter of fact, studies have shown that probiotic consumption actually leads to less bacterial transmigration.

Another concern related to transmigration is the type of bacterial strain used in a specific probiotic products given that certain strains have been associated with infection. After all, one dose can contain multiple strains. That being said, probiotic products are mainly composed of the same Lactobacillus strain used in food processing for the simple reason of convenience. The Lactobacillus strain has been used for years within the food industry precisely because of its safety; this strain has even been proven safe within high-risk populations.

Studies have drawn correlations between probiotics and colon cancer by theorizing about the former’s potential gastrointestinal toxicity. While it certainly makes for a an interesting headline, the reality is that the risk is nonexistent.

Even in studies performed on patients suffering from short bowel syndrome, gastrointestinal toxicity did not occur.

Bacteria communicate and transfer genes to each other and since fermented foods and dairy products (which are most frequently used as probiotics) are characterized by their high bacterial density, the transfer of antibiotic resistance is a safety concern regarding the use of probiotics.

Concerns regarding antibacterial resistance transfer via use of probiotics stems from evidence stating that certain types of lactic acid bacteria (Lactobacillus, the strain used in most probiotics, is this group’s largest genus) can produce vancomycin resistance.

Vancomycin is an antibiotic used in the treatment of a wide range of bacterial infections, so developing resistance to it can have severe consequences.

While studies have proven that many strains of Lactobacillus are indeed resistant to vancomycin, there are over 182 species within this genus alone. Taking into consideration the sheer variety within the species and the fact that the resistance gene is chromosomal, transfer is unlikely.

So are probiotics safe? Absolutely.

The only consistent side-effects occur as part of a transitional phase and while they may incur uncomfortable symptoms, by no means will these become a safety issue. 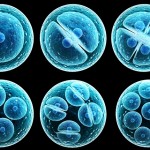 How Long Does It Take For Probiotics To Work? 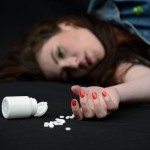 Can You Overdose on Probiotics?